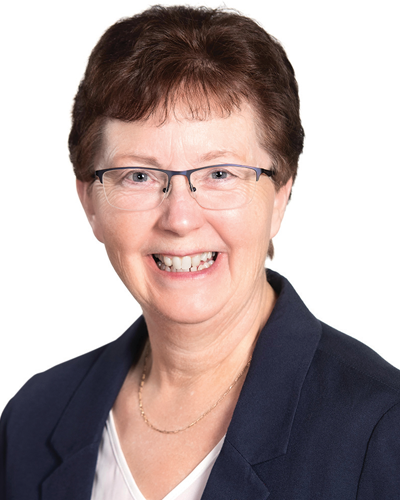 Mary Ellen McInnis grew up in Kinlock on the family poultry farm, attended Southport School, Charlottetown Rural and Holland College. She is an active partner in the family farm with her husband Fred and son Tony, and is the mother of four adult children and a grandmother to eight.

Mary Ellen was the PC candidate for Stratford-Vernon River in the 2011 and 2015 general elections, with the winner in 2015 famously determined by a coin toss following a tie vote between McInnis and then cabinet minister Alan McIssaac.

McInnis served on the Skate Canada PEI Board of Directors for 28 years in various director roles. She represented PEI on the National Board and was instrumental in bringing two national events to Charlottetown. During this time she received the Skate Canada Volunteer of Excellence Award and the Sport PEI Administrator of the Year Award. Mary Ellen McInnis has been involved over the years with 4-H, Girl Guides, Boy Scouts and Red Cross programs. She is a lifetime member of the Cherry Valley Women’s Institute and is currently President of the St. Joachim’s Catholic Women’s League.