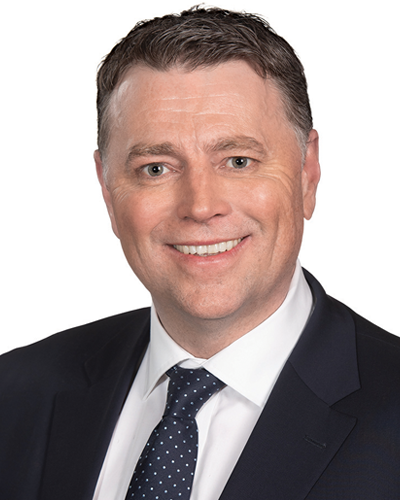 Dennis King grew up in Georgetown, graduating from Montague Regional High School in 1990. After studying journalism in Ontario he came home knowing he wanted to live, work and raise a family here, someday contributing to the fabric of Island life.

Dennis’s first full-time job was as a reporter with the Eastern Graphic. He was introduced to Islanders from all walks of life and learned the value of listening, asking questions that needed to be asked, and respecting differing opinions in pursuit of a fair and balanced account. Dennis later was editor of the Island Farmer and Atlantic Fish Farming publications, earning several awards for his journalism.

Dennis later joined government, working in communications and eventually serving as Director of Communications for Premier Pat Binns. During those years, Dennis gained a keen insight into how government operates and impacts people’s lives.

Dennis worked as Director of Communications and Business Development with the Mi’kmaq Confederacy of Prince Edward Island and as Executive Director of the PEI Seafood Processors Association. Here, Dennis saw how our valuable social and economic traditions shape us and how collaboration, mutual respect and innovation can build winning coalitions.

In 2013, Dennis embraced entrepreneurship, starting his own communications business. He experienced first hand the rewards and challenges of small business, gaining newfound respect for the job creators that power our economy. Dennis later joined forces with public affairs company M5, providing strategic advice to a wide range of clients.

Sports, particularly hockey and baseball, have been lifelong passions for Dennis. He strongly values the life skills sports build through teamwork and competition and the community pride of cheering on the home team. Six years ago Dennis fulfilled a childhood dream and became the popular play-by-play announcer for the UPEI Panthers Men’s Hockey team.

In 1999, Dennis married Jana Hemphill of Summerside and they are the proud parents of Jacob, Camdyn, and Callum. They live on their family horse farm in Brookfield, Storybook Stables, which offers boarding facilities and riding lessons to Island youth.

Consensus-building, collaboration and cooperation have been central to Dennis’s life and career. He has always believed that together, we are stronger. And it is those same principles that guide him as Leader of the Progressive Conservative Party of Prince Edward Island.