Charlottetown - A new Progressive Conservative government would use all means at its disposal to prevent a carbon tax from being forced on Islanders, said Opposition Leader James Aylward. 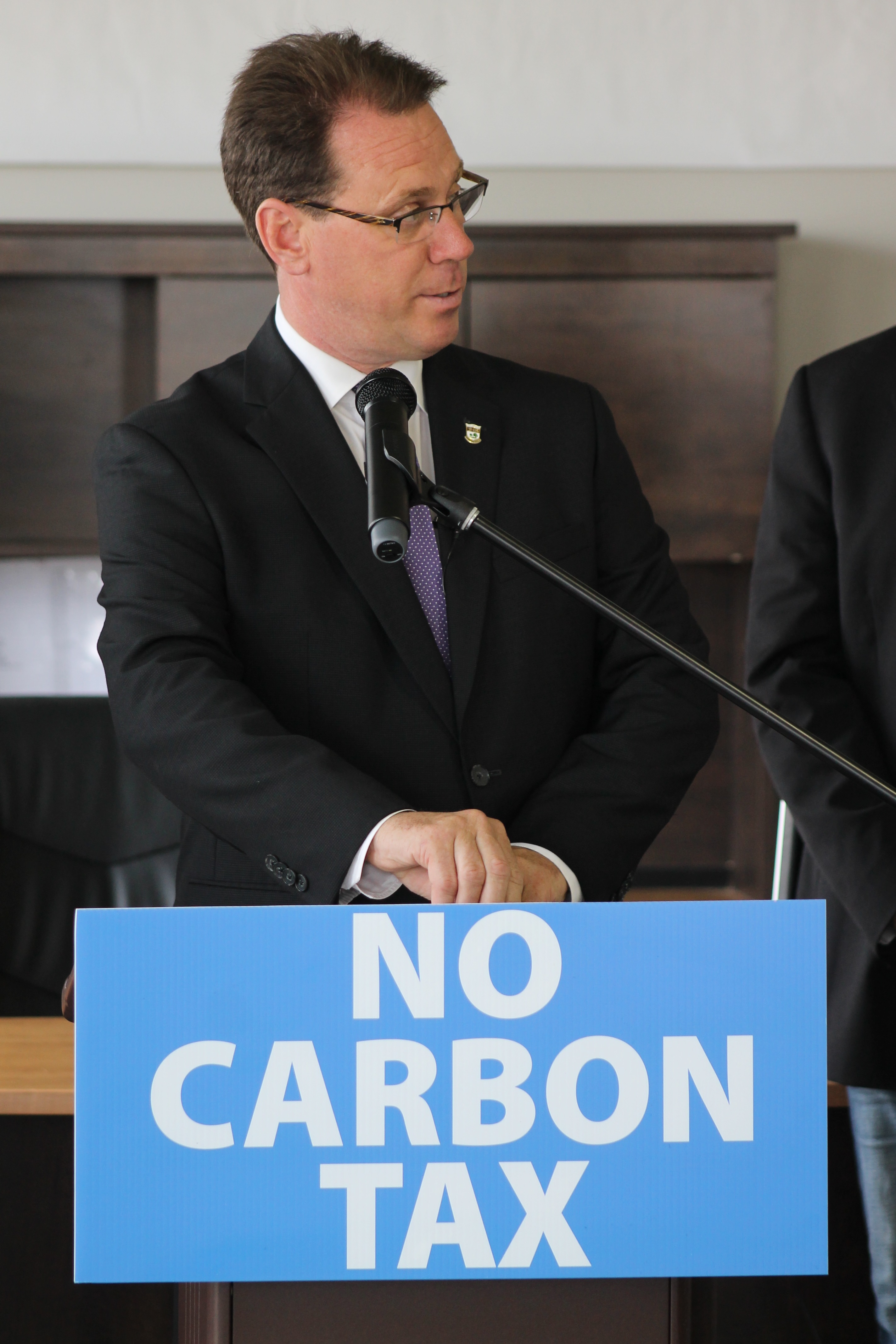 "Climate change is real and requires action but there’s a limit to what Islanders can afford. Prince Edward Island has a long and proud history of environmental leadership that didn’t require huge tax increases. Islanders shouldn’t be financially penalized for the Liberal and Green desire to put a carbon tax in place, " said Aylward.

Aylward made his comments at a news conference today held at a home heating fuel business in Charlottetown. Aylward noted that the carbon tax, supported by the federal and provincial Liberal and Green parties, would have major financial implications for Island families and small business through price increases to gasoline, home heating fuel and electricity as well as added costs absorbed into groceries and other household necessities.

“If Premier MacLauchlan thinks that sitting idle waiting for the federal government to impose a tax is enough, he’s wrong.  We should be joining forces with Saskatchewan and other provinces to fight back against this tax that Islanders cannot afford,” said Aylward.

Aylward and his PC team have repeatedly called upon the provincial government to provide the truth as to how much this Liberal carbon tax will take out of Islanders pockets, while making essentials such as gasoline and home heating oil more expensive.

Internal government documents show that this Liberal carbon tax will result in a double-digit price hike for home heating oil, gasoline, and diesel. These documents also forecast a tax grab of $58 million dollars annually by 2022.

The Progressive Conservative caucus is committed to protecting Islanders from yet another tax grab, while taking meaningful action to reduce emissions and taking action on climate change.